Keelvar is proud to be a sponsor of SAP Ariba Live Las Vegas 2020. Visit us at the Wynn and Encore on 16-18 March.
Learn More

Now the user see a persistent message at the top of the screen when at least 1 invitation has failed. They can then filter for failed invites to try again, or to correct any typos that have been made.

Indicate which columns have restricted inputs on the column list 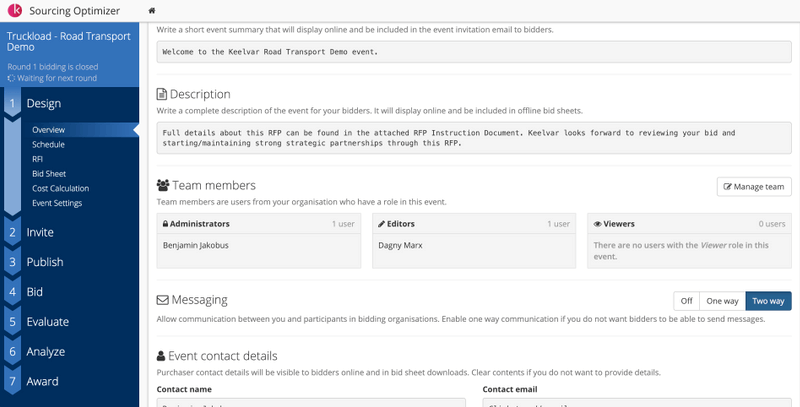 Manage team members from within an event

To make team member management event easier, users can now manage their team from within the event itself. Previously this was only available from the home screen. Now users do not need to navigate back to the homescreen and find the correct event. Rather, a table has been added in  'Manage team' that shows which users are involved in the event, and which roles that are assigned.

Users can now filter the bidders list in the “Bidders Activity” view not just by bidder name, but also by the bidder’s email address. This adds speed for the user to this search function. 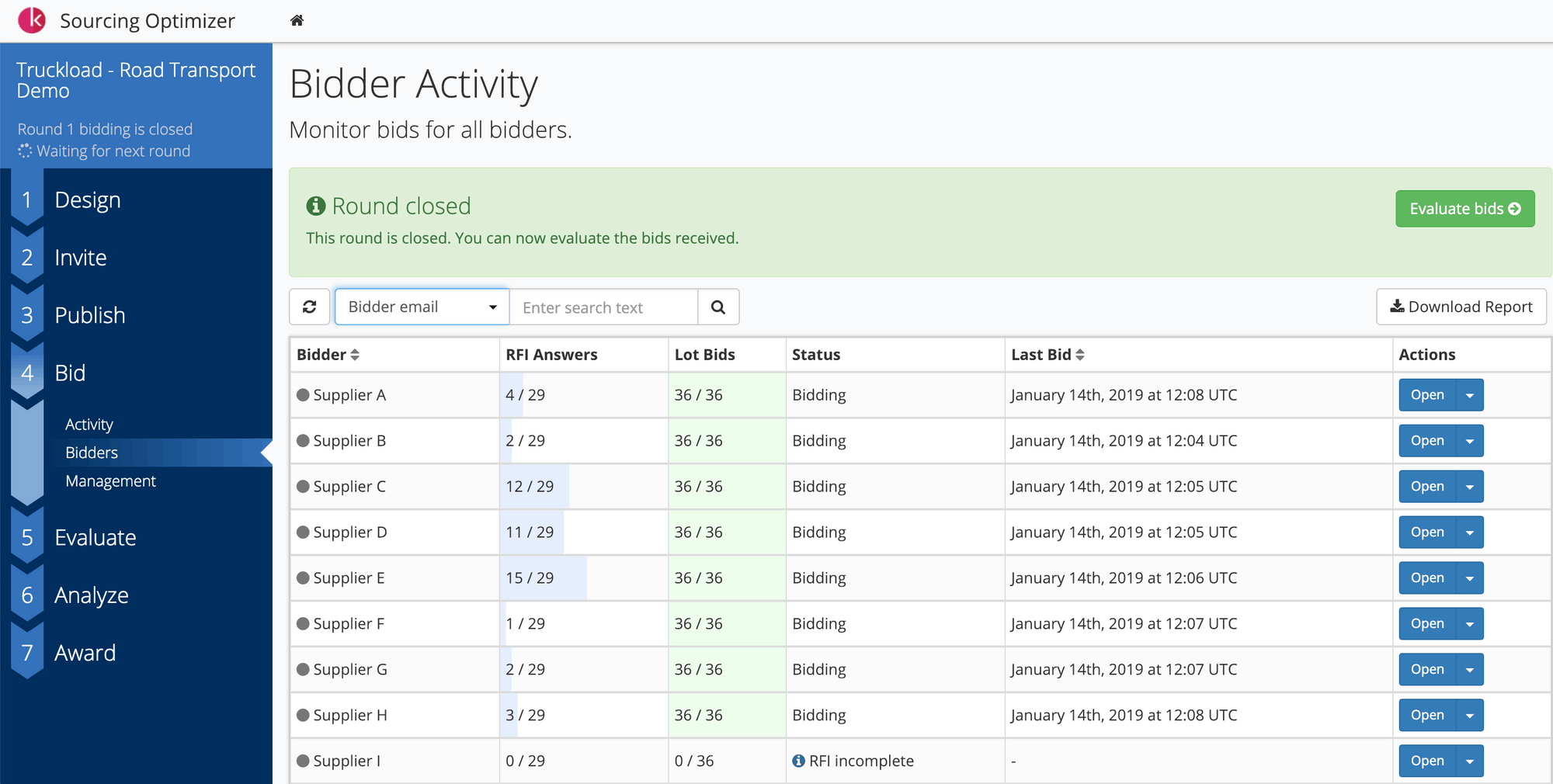