2022 will be the year for Sustainable Sourcing. Are you ready?
Get the ebook to boost your plans

Our global customers must constantly make smart decisions about supplier choices that weigh many cost and non-cost factors. Keelvar brings intelligent automation to help those strategic sourcing teams be significantly more effective in making those supplier decisions, while driving more savings and reducing risk to their business.

We apply ease-of-use advancements in optimization, AI and machine learning, game theory, and data science to help meet the challenges faced by procurement as they are under ever-greater pressure to find value.

Beyond our technology, our company is focused on a high standard of customer service and success. We strive to be agile, responsive, and supportive in all aspects of our business. 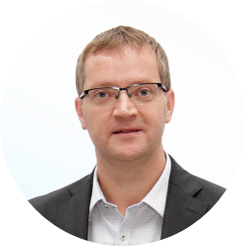 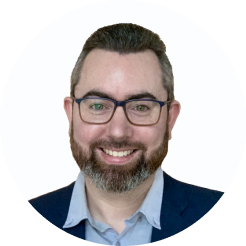 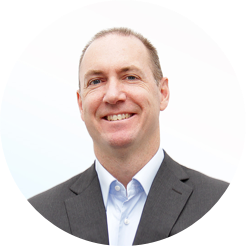 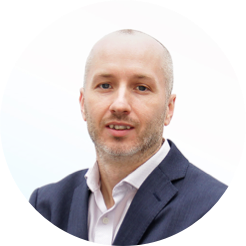 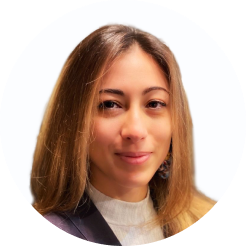 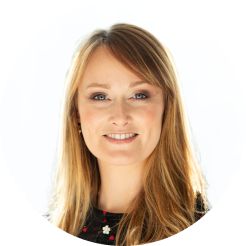 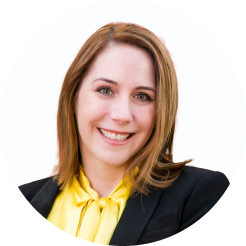 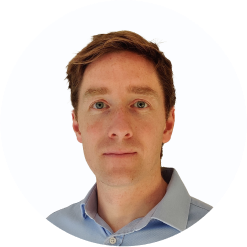 Previously a lecturer in Artificial Intelligence in University College Cork's Computer Science Department, Alan specialized in Optimization, Game Theory and Algorithmic Mechanism Design. Alan founded Keelvar in September 2012 when he left the University to commercialize advances in AI for procurement teams.
‍
Alan’s specialist knowledge in Optimization, Game Theory and Mechanism Design gives Keelvar an edge in terms of innovating with offerings that exceed competitors’ technical capabilities. This enables Keelvar to define an entirely new category of the solution, putting Keelvar in an ideal position to lead this new category that Keelvar has called Sourcing Automation.
‍
Winning the Cork Company of the Year in the small company category in Keelvar’s first year, and moving on to be awarded a Gartner Cool vendor award more recently has highlighted Keelvar’s international progress.
‍
“We are transforming a space that has a huge potential to impact the lives of everyone on the planet. Our customers manage over €90bn in spend annually using our software so we are excited about how Artificial Intelligence can transform how suppliers engage with big business for win-win outcomes.”

As Chief Technology Officer, David is responsible for Keelvar's technical strategy, and ensuring the company's product infrastructure continues to evolve to meet the needs of a rapidly scaling business. David graduated from University College Cork with a Bachelor's Degree in Computer Science and is an alumni of the Insight Centre for Data Analytics (previously Cork Constraint Computation Centre), where his postgraduate research topics included the Boolean satisfiability problem, static analysis techniques, solver heuristics, and machine learning models.

David joined the founding team at Keelvar in 2013, working as a Principle Software Engineer during the development of Sourcing Optimiser and Sourcing Automation, before leading the Platform Engineering team as the company continued to grow and scale it's infrastructure.

"Working with exceptional colleagues, solving challenging real world problems together, and learning something new every day are just some of the things that make Keelvar such a special place to be. As we grow, we'll continue to foster an environment that places high value on collaboration, learning, teaching, and the deep understanding of our customers' problems that allows us to build truly innovative products."

An experienced, international business professional, Toby has an outstanding track record of growing and developing IT/ Software companies in Europe; he has led 3 US companies from almost 0% European revenue to on average 30%+ of global total revenue.

“What excites me most about Keelvar is the long term vision and strategy to add value to so many companies.  It’s a pleasure working with so many top professionals, great technology and a growing market.”

As People Operations Manager, Fiona is focused on ensuring that Keelvar is best placed to attract the best talent and ensure our employees have all the support systems in place to excel in their roles.

Fiona’s experience includes working as part of a HR team within a large multinational focused on best practice within HR, to an indigenous IT managed service provider in the midst of massive scale-up.

Fiona’s most recent experience, as an HR Consultant, saw her provide employment support and advice to an array of organisations, over a number of years. Within this role, Fiona guided organisations through complex processes, provided training to management and HR professionals and ensured client organisations maintained best practice personnel processes and policies.

John Paul graduated from the University of Limerick with a Bachelor of Science in Computer Engineering and has worked in a variety of industries as a software development manager and developer.

20 years of working in collaborative software development in web and enterprise level SaaS software, with a number of organizations and wide ranging teams, is reflected in how JP works and how he leads his team. Regularly speaking to and listening to customers and understanding their needs further drives JP’s success in his work.

JP is a member of the founding core team that built Keelvar, and so guided Keelvar to the processing of its first billion in optimized spend in its early start-up days. JP continues to lead the product development team responsible for the regular addition of both new products and features at Keelvar.

“Aside from the technology - Keelvar’s Irish roots and spirit certainly add to Keelvar as a company. 16 of the 20 top global tech companies house operations in Ireland, making it an inspirational place to work, learn and progress every day.”

As VP of Customer Success, Valentina is responsible for managing Keelvar’s installed base of customers and driving mutually beneficial long-term success. With our customers and products at the forefront of her mind, she is committed to delivering value, ensuring both new and existing users are successful in their use of our software solutions and reaching their goals, and promoting a customer-centric mindset across the organization.

Based in France, Valentina holds a MSc of Engineering and her background includes experience with both early-stage AI and tech start-ups as well as with Fortune 500 French companies.

“I strongly believe that our strength here at Keelvar lies in our passionate, dynamic and empathic team members. How best to build a scalable and useful solution than working closely with our customers, and continuously sharing new and forward-thinking knowledge both internally and with our users and stakeholders!”

As VP of Engineering, Stephanie is dedicated to ensuring Keelvar is operating and scaling effectively and delivering value consistently to our customers. Stephanie has over 20 year’s experience building software products across multiple industries including Telecoms, Financial and Medical Compliance, Email Marketing and Internal communications.

As an Enterprise SaaS Executive Stephanie has proven experience of scaling a SaaS company, driving high performance organisations and is highly skilled in the creation, delivery and support of software products and services in a SaaS environment.

“For me Keelvar is a rare gem where incredible people have come together to create something unique which will alter the future of work for so many companies. I’m passionate about innovative technology that can improve our experience and simplify the world we live in. What excites me the most is I get to work with an incredibly dynamic and forward thinking team who are changing the world of work and solving complex problems for our customers every day."

Jennifer previously helmed marketing at one of the procurement industry's first sourcing optimization software companies, CombineNet, helping to grow the company's market share through its acquisition by SciQuest, which later rebranded as JAGGAER.

As a marketing executive, she particularly focuses on product-market positioning, sales growth support, team enablement, metrics, and value storytelling. Based in North Carolina, USA, she is also married to a SaaS software company entrepreneur, which means "talking shop" is a nearly 'round-the-clock conversation in her home.

As Finance Director, David is responsible for all finance, accounting and tax matters at Keelvar, whilst also creating a strong foundation to allow for its continued growth. Prior to joining the company, David held a number of financial positions in Trinity Biotech plc and CoreHR, and had significant involvement in the successful sale of the latter to the Access Group in April 2020.

David graduated from University College Cork with a BSc in Accounting and an MBS in Corporate Finance before training as a chartered accountant with KPMG.

“Keelvar’s growth potential and ability to add significant value to its customers through innovative technology is incredibly exciting. One of the biggest strengths of the company is the talented people that work here, who continuously excel in helping Keelvar move forward.”

From the role of COO at CombineNet, Rich became CEO at CombineNet in 2012. Within this role he maintained responsibility for product strategy and direction, engineering, IT operations, and customer support and service delivery to CombineNet's global clients.
‍
Rich successfully, personally led many of the largest engagements and sourcing events, including the largest global air freight sourcing event ever conducted (43 airlines, $1.5 billion).
Rich later became the founder and leader in operations research at US Airways, as well as supporting Oracle as a transportation consultant.With many years of work with CPOs understanding their challenges and needs for leveraging sourcing technology to best advantage, Rich is able to advise Keelvar on how best to serve its customers across many industries.

“What excites me about Keelvar? The team. Period. These are exceptional people--engineers, professional services, sales and marketing. People who understand what procurement professionals and their companies need and are able to deliver it.”

David is a technology pioneer with nearly three decades of experience defining and communicating the strategic direction for innovative technology companies. He was the co-founding CEO of Cape Clear Software, which was started in 1999 and raised $50 million in investment capital from leading VC firms through its acquisition by Workday in 2008.At Workday, he served in various technology and product leadership roles, ultimately serving as CTO, while the company grew from its early stages into a leading global cloud ERP provider.

As Keelvar's Board Chair, David helps to direct and advise Keelvar as the company advances its product development and accelerates growth in the market. "What attracted me to invest in Keelvar and join as Board Chair is primarily the quality and depth of its technology and team. I'm also highly impressed by the customer success they have achieved in applying very advanced techniques to create better, easier ways to optimize and automate strategic and routine sourcing processes."

Toby Coppel is Co-founder and Partner at Mosaic Ventures, a London-based venture capital firm focused on early stage investing across Europe with $300 million under management.

Toby has been investing and operating in internet startups since 1996. He began his investment career at Allen & Company, before starting his first investment firm. Then he joined Yahoo!’s new management team in 2001 and spent 6 years as Yahoo!’s Chief Strategy Officer, leading over $5 billion of investments and acquisitions including $1 billion into Alibaba that was sold for over $80 billion. Following that, both as an angel and alongside Richard Branson and Virgin, he made investments including Criteo, Pinterest, and Transferwise.

He is a graduate of Oxford University and Harvard University, and a Henry Crown Fellow at the Aspen Institute.

Peter Fallon is a Partner at Elephant, a venture capital firm focused on the enterprise software, consumer internet and mobile markets. Peter is based in New York City and has been with the firm since its founding in 2015. Prior to Elephant, Peter was an investor at Highland Capital Partners and, before that, an investment banker focused on software M&A transactions.

Keelvar received $18 million in Series A funding in June 2020 to accelerate our product development and global growth. The company is headquartered in Cork, Ireland, with employees worldwide to support our operations. 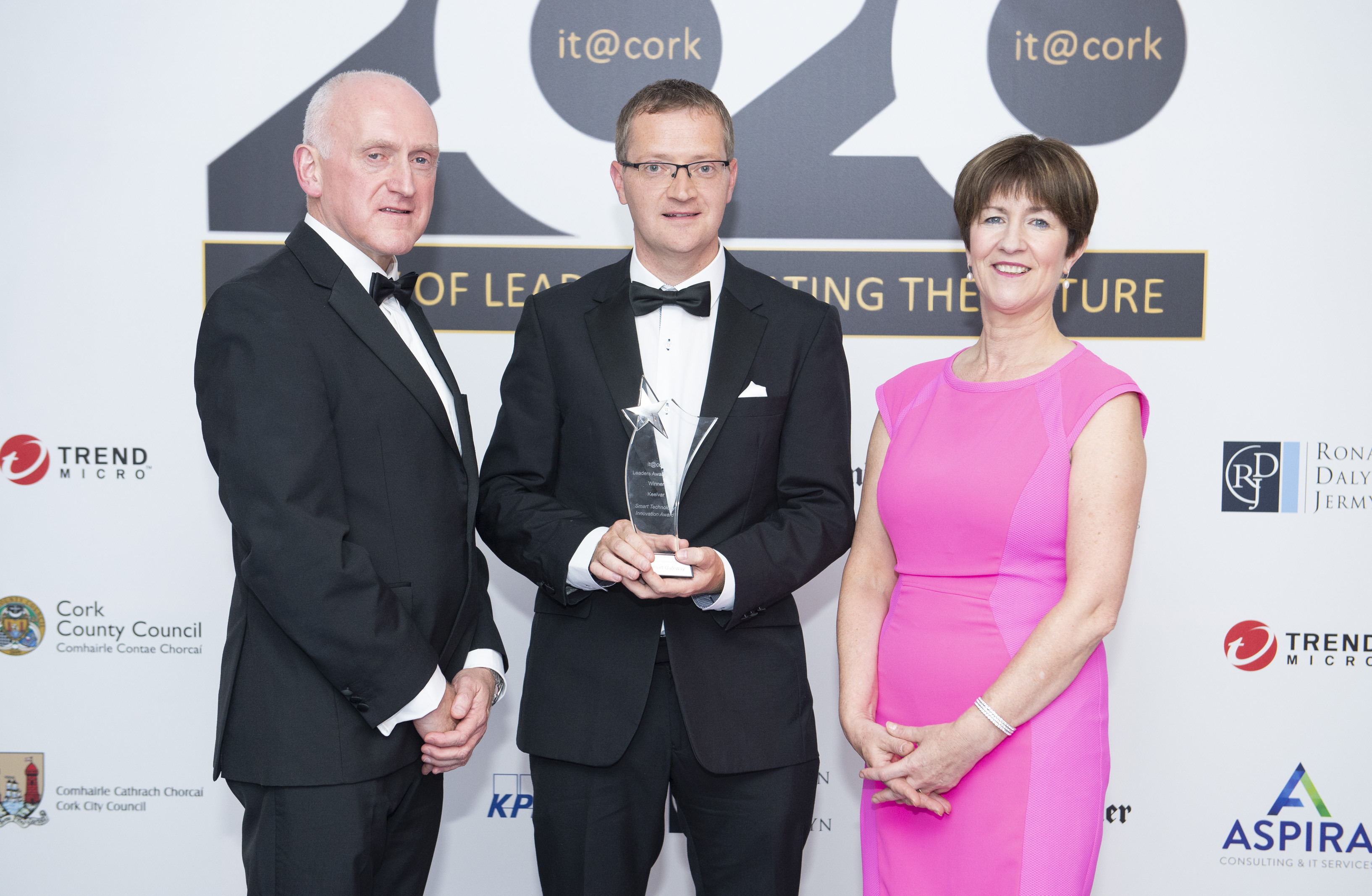 Join the team revolutionizing procurement on a global scale